The US Centers for Disease Control and Prevention have recently released a report on Health Statistics for those with asthma; it makes for quite stark reading. The CDC compiled this report Asthma Prevalence, Health Care Use and Mortality: United States, 2005-2009 (pdf) based on data from the National Health Interview Survey. The most rapid growth in asthma in the US occurred from 1980 to 1996 with an increase from 3.5% to 5.5% of the population having asthma, that figure is now at 8.2%. This translates as 24.6 million Americans having asthma.

To put this into perspective, Germany has one of the lowest rates of asthma in Europe at 4.7% while the UK, Finland and Ireland have the highest rates in Europe (13.8%, 11.0% and 10.5% respectively). A figure of 300 million had been suggested for the total number of people in the world who have some form of asthma symptoms. The US therefore accounts for nearly 10% of the world’s asthma sufferers.

Within the CDC report it becomes evident that some demographics are more at risk than others for asthma:

Overall, females have higher current asthma prevalence than males, although there is devil in the detail. From the age 0-14 males have a higher prevalence of asthma than girls of the same age, the pattern changes completely during early adolescence with females then having the higher prevalence and this continues through to adulthood. The CDC does not address possible reasons for this in the report but it does pose an interesting question.

The impact of asthma on missed school and work days is huge, in 2007, 10.5 million school days were missed and nearly 60% of respondents had at least one asthma absence day in the previous year. Adults who had at least one asthma attack in the past 12 months reported missing 14.2 million work days – that is equivalent to 56,349 people not working for the entire year. It is evident that the impact of asthma is not restricted to the impact on the individual, but also on the economic and social well-being of a country.

airmid healthgroup ltd is an Irish based biotechnology company that specialises in indoor air solutions. airmid has a unique multidisciplinary team of Clinicians, Industrial Hygienists, Occupational Health Advisers, and Specialist Laboratory Scientists in Mycology, Virology, Bacteriology, Allergy and Immunology. airmid engages in indoor air monitoring and consultancy services, applying scientific and technical advances in health based life sciences to a range of services for product manufacturers, retailers and other groups. All these activities are supported by airmid’s vertically integrated world leading laboratories. 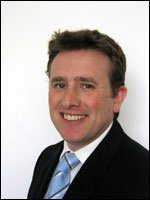 Tim Yeomans is the Head of Research for airmid healthgroup ltd. Tim graduated from the Institute of Technology Carlow with a Degree in Industrial Biology before being employed in SimBioSys biotechnology company in research and production. He completed his Ph.D. in Microbiology in UCC which focused on pathogenic fungi. Following a short contract in the National Centre for Medical Genetics, Tim was subsequently employed as a post-doctoral scientist in the Microbiology Research Unit in the Dublin Dental School and Hospital investigating pathogenic yeast species. While at the DDSH Tim was also a founder and committee member of the Trinity Research Staff Association. Tim directs the research and laboratory capabilities of airmid healthgroup and is responsible for providing consultancy services to manufacturers, retailers and other groups in the areas of claim verification and product development.